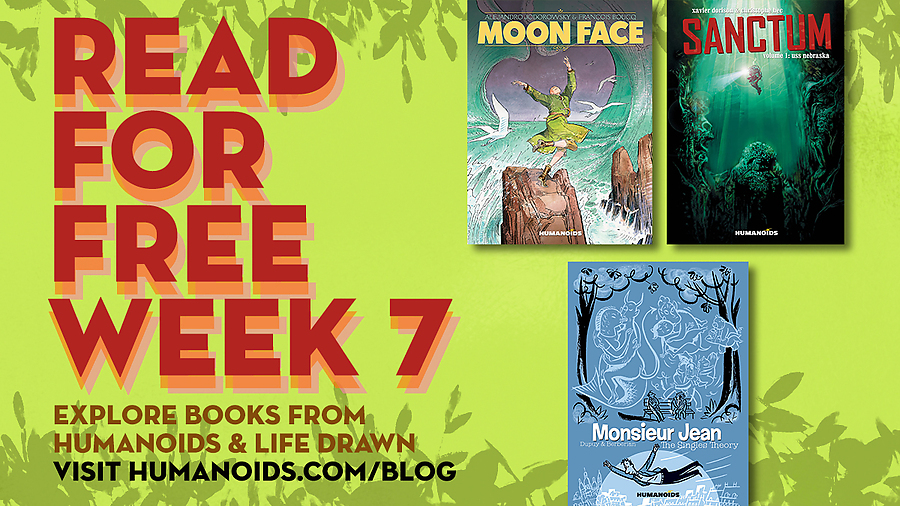 Chances are you're reading this from the comfort of a couch or indoor office, and only a foot of dry wall, plaster, and fiberglass separates you from an outdoor wonderland in full bloom. We'll all get there. We'll all be there. (Some of us are already... voraciously trying.) But Humanoids wants to invite you into the elements with our weekly digital delivery of free comic reads. Even if you've redefined homebody, these books offer sojourns between their covers, from a magical revolution on the beach, to a thrilling descent under the waves, and a delightful jaunt around metropolitan Paris. Please enjoy. 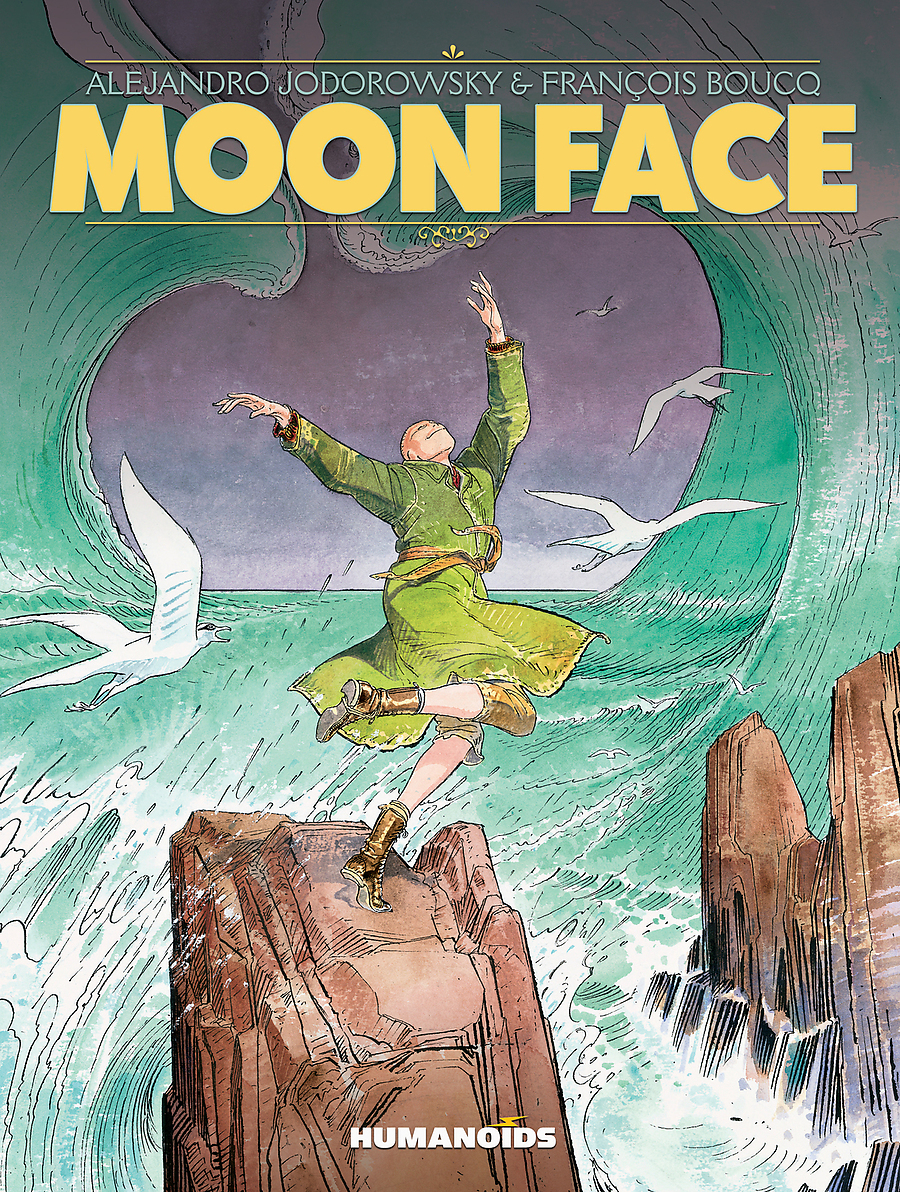 The arrival of the mute Moon Face on the island of Damanuestra is the catalyst for revolution! A grandiose tale about power, strength and madness.Known as the “wave tamer,” a young boy turns the tiny island of Damanuestra upside down, threatening the oppressive political and religious hierarchies. Comic book legends Alejandro Jodorowsky and Francois Boucq (Bouncer) join forces once more in this uplifting and surreal satirical tale of strange magic and revolutionary freedom. 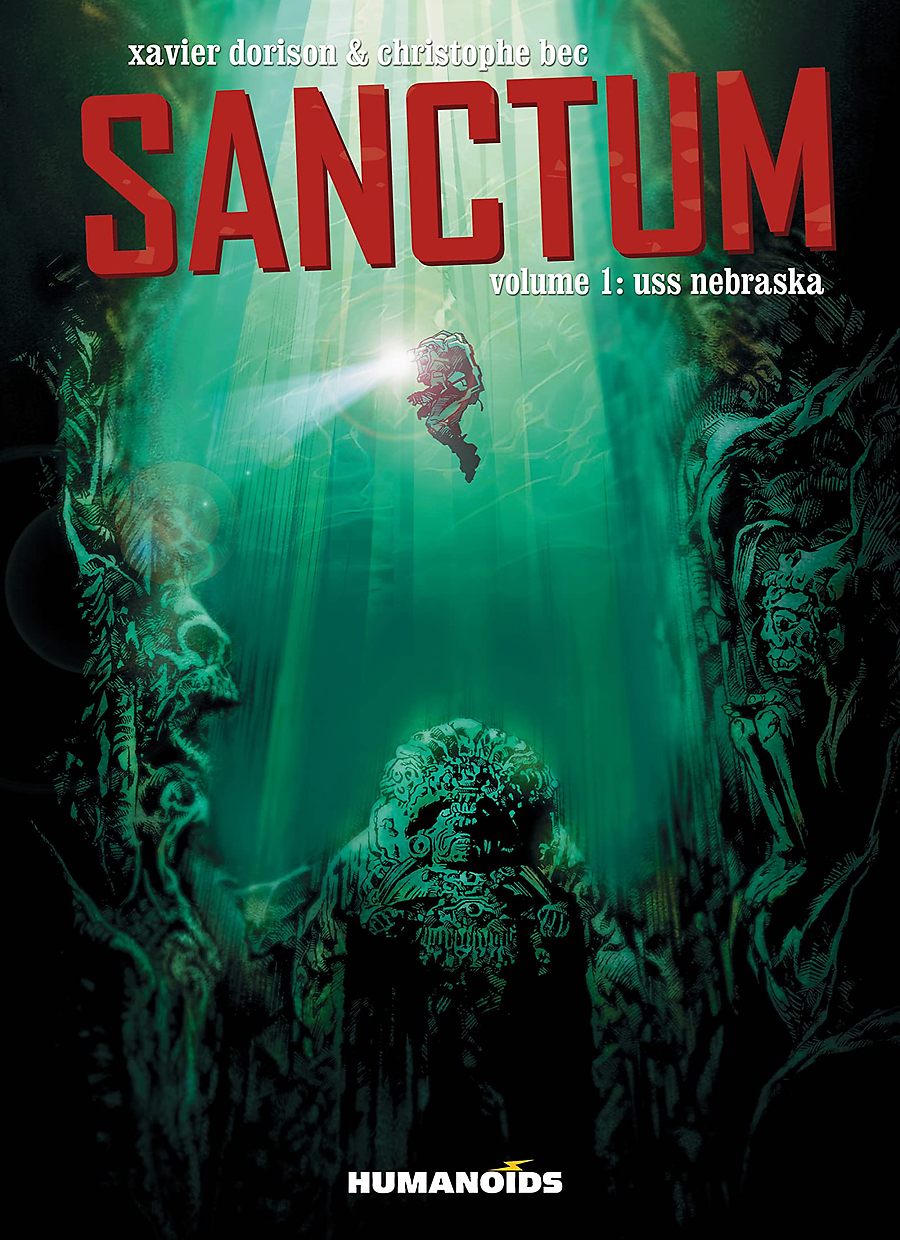 After receiving a distress call, the crew of the USS Nebraska search a series of massive caverns, where they discover a 70-year-old shipwrecked Soviet sub, whose crew died under mysterious circumstances. While investigating this enigma, the Nebraska’s away team discovers a massive underground sanctum dedicated to Môt, the ancient Ugarit god of death. Now, the crew must find a way to escape the death god’s prison without freeing him. 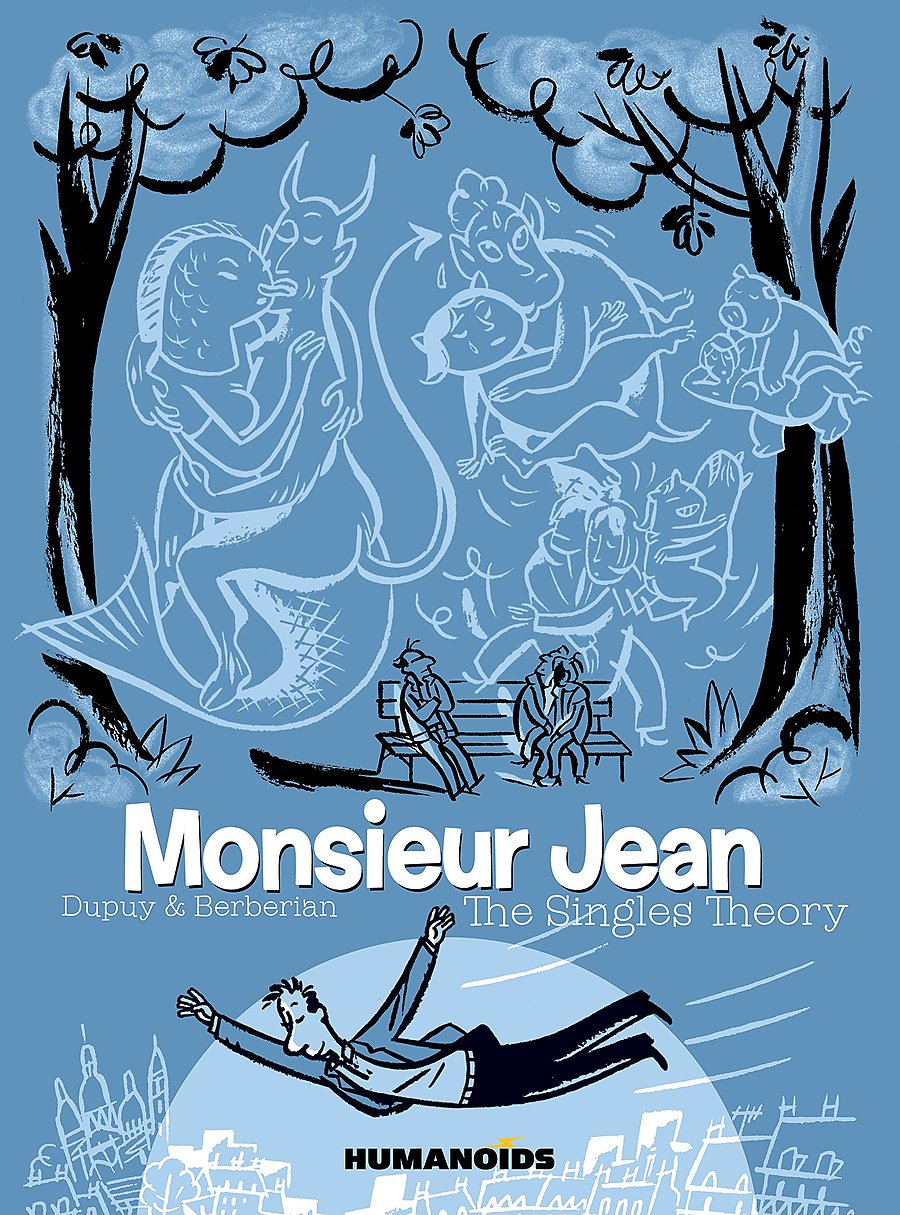 Monsieur Jean by Philippe Dupuy & Charles Berberian
The charming and humorous adventures of a handsome Parisian novelist, as recounted with a uniquely European sensibility.

Monsieur Jean is a young writer whose everyday life and its inescapable existential woes are comedically told by the talented team of Dupuy & Berberian, winners of the 2008 Grand Prix de la ville d’Angoulême. Whether it’s the unexpected visit of an old friend, a trip to his in-laws, the arrival of a child, the frustrations of writer’s block, or even dealing with his moody landlady, Monsieur Jean’s life and times all share a tenderness and a dash of irony. A series full of the nostalgia and droll absurdity that invariably come with adulthood.