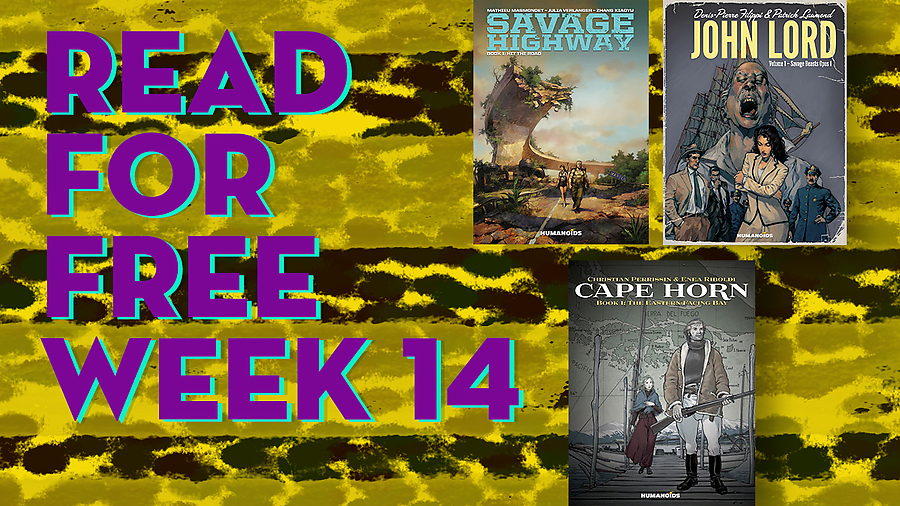 The first day of Summer hits on June 20, 2020. Two words to kick of the season of abandon and sunshine while avoiding pandemics and other strife: road trip—either literally or with our latest stack of pro bono digital comics. But this week's free reading is far from a joy ride. First up, Savage Highway from Mathieu Masmondet and Zhang Xiaoyu trails three strangers trekking through a post-apocalyptic wasteland in pursuit of civilization. Courtesy Denis-Pierre Filippi and Patrick Laumond, John Lord follows an ex-private detective on the trail of a brutal serial killer, fleeing from Manhattan to the Louisiana bayou. And finally, Cape Horn by Christian Perrissin is a brutal survivalist fable of one man's journey to a desolate gold digger's grave.

If you like these introductory volumes, read the rest of the series and check back next week for another delivery of free reading.

The grounded Sci-Fi tale of two polar opposites who are forced to unite to survive in a violent post-cataclysmic world.

An ancient highway spans the wasteland. Its cracked surface has become a migratory route for the lawless hunters and marauders who inhabit this desolate, future Earth. Along the highway, Helene, an educated young woman on a perilous mission to rescue her sister, meets Mo, a solitary hunter, and Jin, an Asian warrior. Together they embark on an epic journey to a Paris in ruins, where a new social “order” is being forged…

An old-fashioned yet truly original noir tale set in 1920s New York where an unlikely pair of detectives pursue a mysterious killer.

Freshly returned from WWI, ex-detective John Lord is convinced to reactivate a special investigative agency known as the UPIs to probe the grisly death of its founder. As John is joined by Clara, an opinionated psychology student, the duo is taken on a wild ride from the Big Apple to Louisiana's Bayou Country.A pulpy tale of crime, full of snappy dialogue, twists and turns, and the unraveling mysteries of the past. 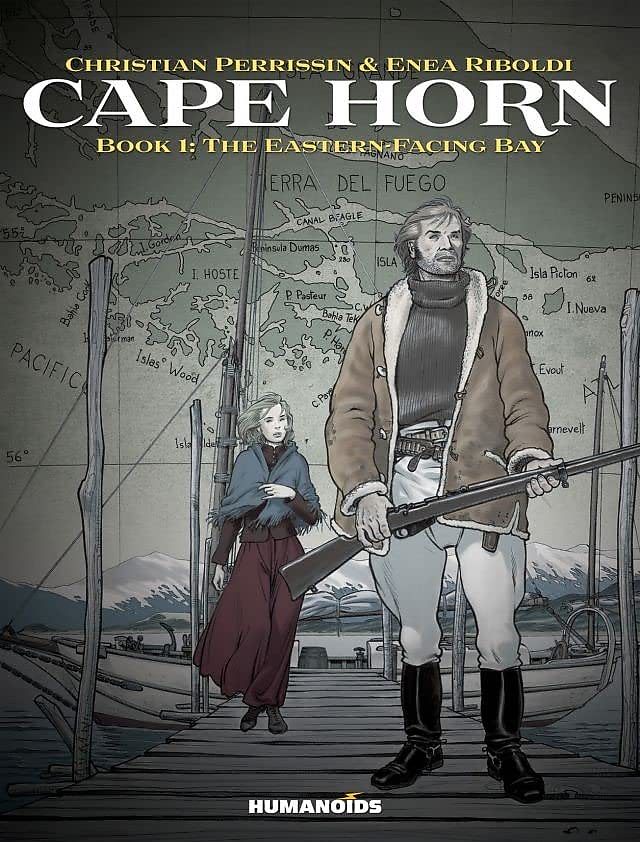 A sprawling frontier saga rich with adventure and romance, set in Tierra del Fuego at the eve of the 20th century.

The "Land of Fire" is an archipelago off the southernmost tip of the South American mainland. As the 19th century comes to a close, it is a vast and desolate land only frequented by gold diggers, English missionaries, Chilean and Argentine military, and the age-old Ona, Alacaluf, and Yamana tribes. In this unique world, where the Andean mountains plunge into the Pacific Ocean, several characters, each burdened by duty or fate, will cross paths and clash, on their journey through Cape Horn.