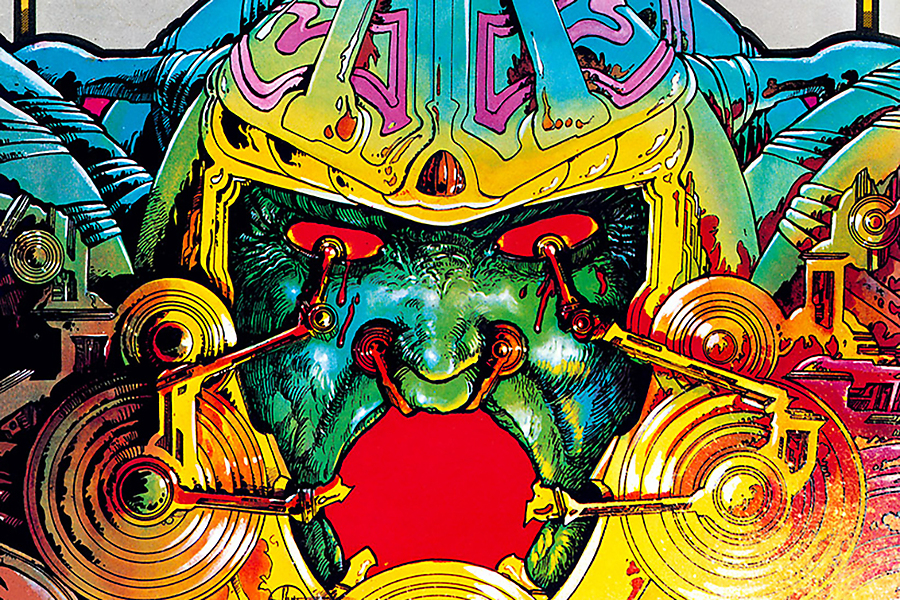 Last Sunday, Philippe Druillet celebrated his 76th birthday, punctuating five decades of doom-laden sci-fi epics that evoke terror and wonder in equal turn. Of the four men who founded Les Humanoïdes Associés in 1974, Druillet and Mœbius were both trailblazing artists expanding what genre storytelling could be. The majority of those efforts appeared in the quarterly adult sci-fi/fantasy magazine Metal Hurlant, whose debut issue launched in December of 1974.

But the two creators exercised vastly different approaches. Mœbius was devoted to exploring a panorama of shifting psychologies and desert galaxies. Every waiting page was a question mark of tone and color. Airborne explorer Arzach could venture into a landscape filled with towering apes and endless meadows of carnivorous flora—or he could descend into a bunker filled with green zombies in a Jungian fever dream. Mœbius' iconic work with Alejandro Jodorowsky—The Incal—equally embraced breakneck stage shifts that veered from the fantastic to the mystic to the dire.

Druillet's futures were less ambiguous and much darker, filled with beings whose definitions of powerful, evil, and big defy comprehension. They will outlive you by millennia and even considering rebellion is an act of existential futility. Arguably, Druillet's biggest contribution is Lone Sloane, featuring the titular cosmic wanderer who navigated evil gods and space pirates. His later work, Salammbo, recontextualized Gustave Flaubert's 1862 tale of a woman caught between two barbarian chiefs, injecting the romance and drama into Lone Sloane's brutal space fantasy.

Aesthetically, Druillet's compositions were unmistakable. He zoomed into the faces of eldritch beings, Easter Island Heads of remorseless entropy festooned in circuits and searing neon energy. Druillet attributed his universal dystopia to the death of his wife, Nicole, who passed away in 1975 from cancer. His post-apocalyptic biker epic—The Night—includes a foreword detailing his ensuing despair and catharsis through his art.

To celebrate the co-founder of the company whose website you're currently reading, here's a gallery of every Metal Hurlant cover Druillet created, starting with the second issue, released in April of 1975. 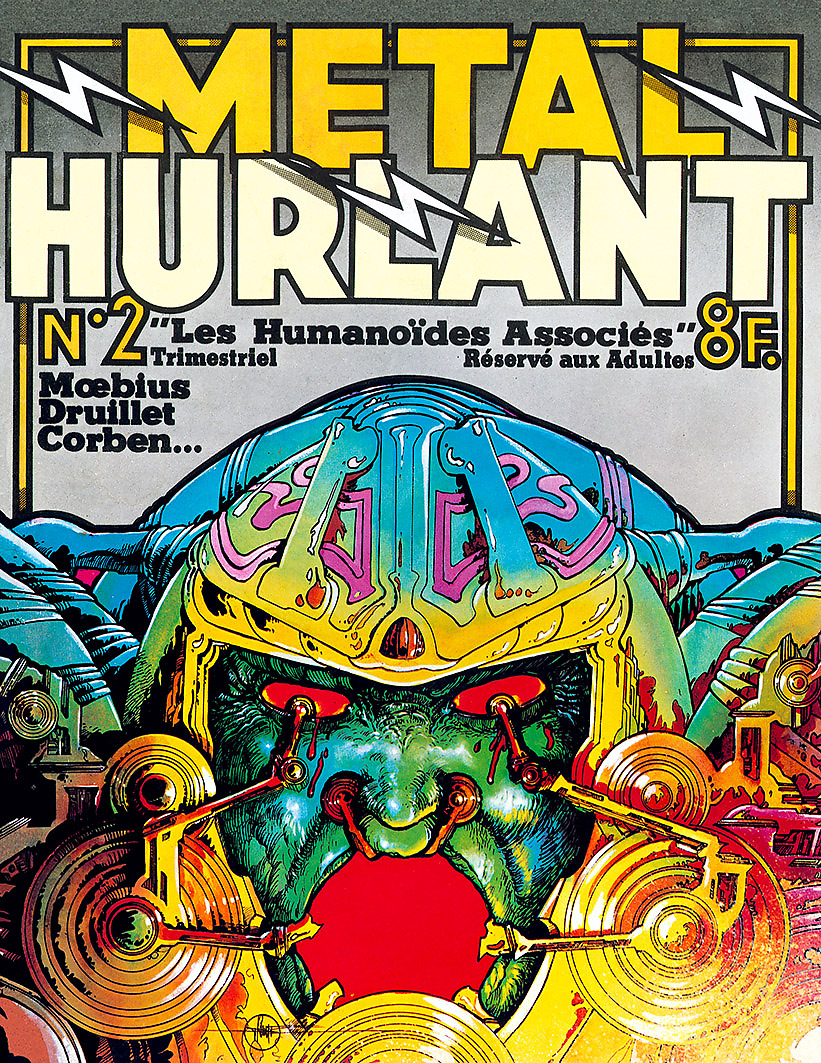 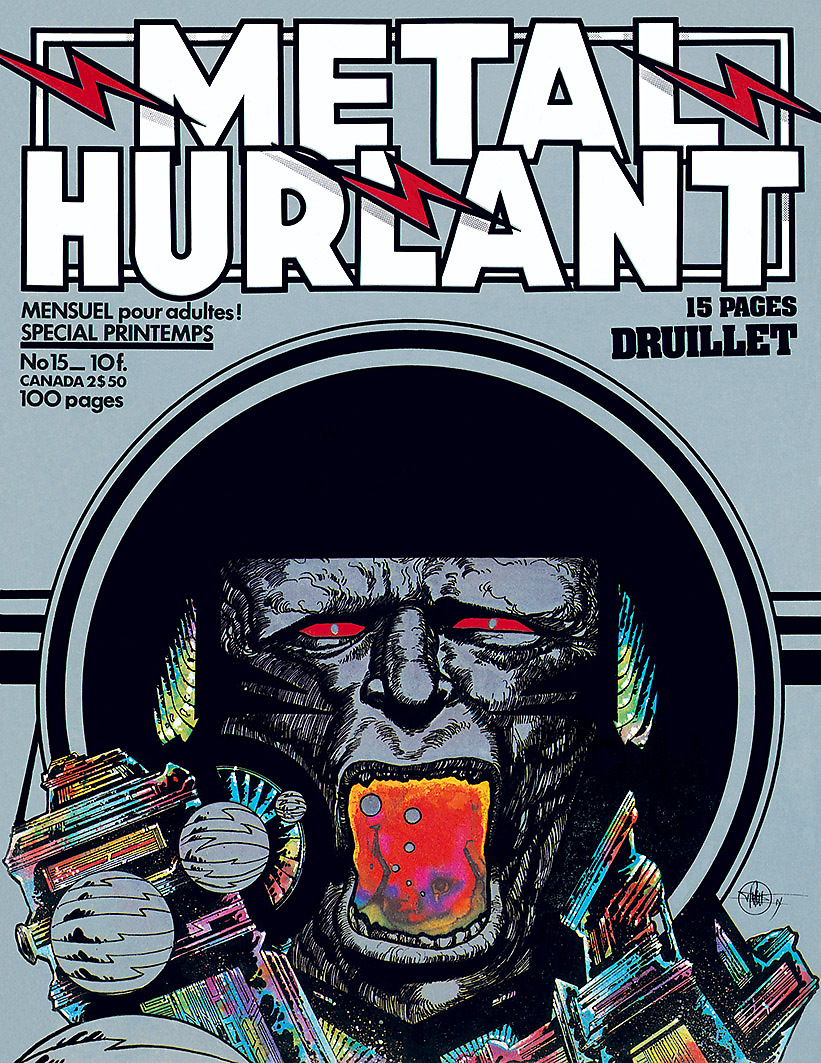 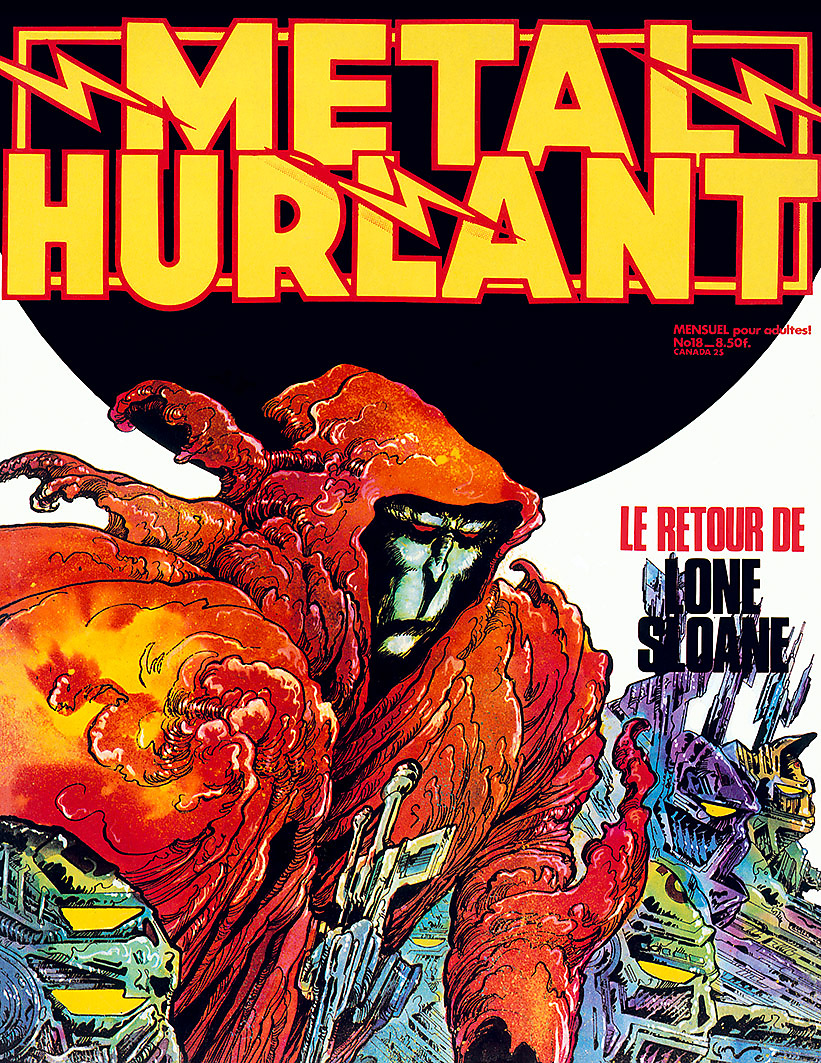 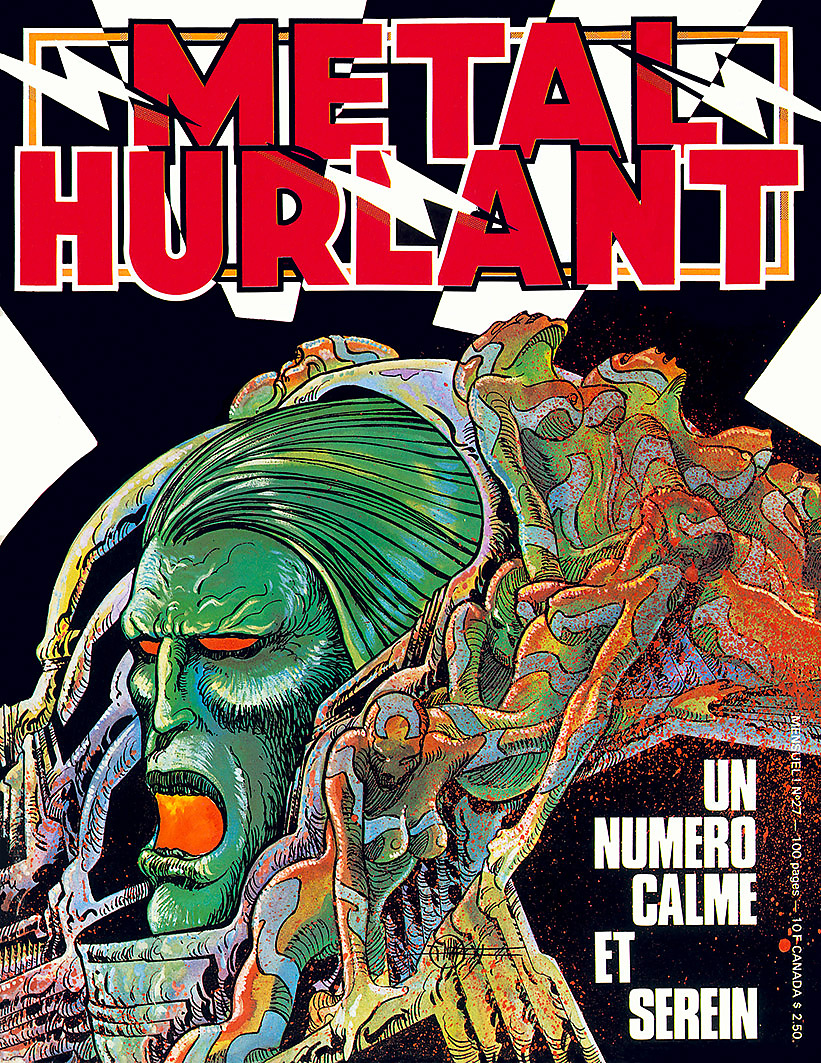 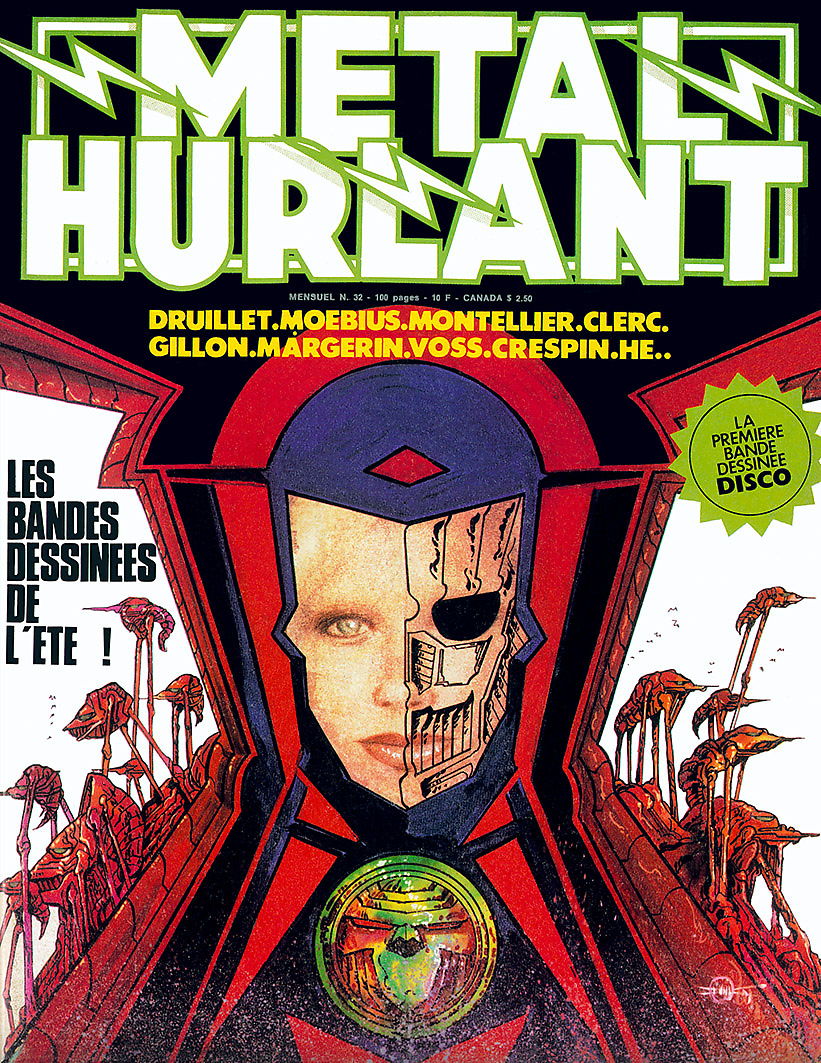 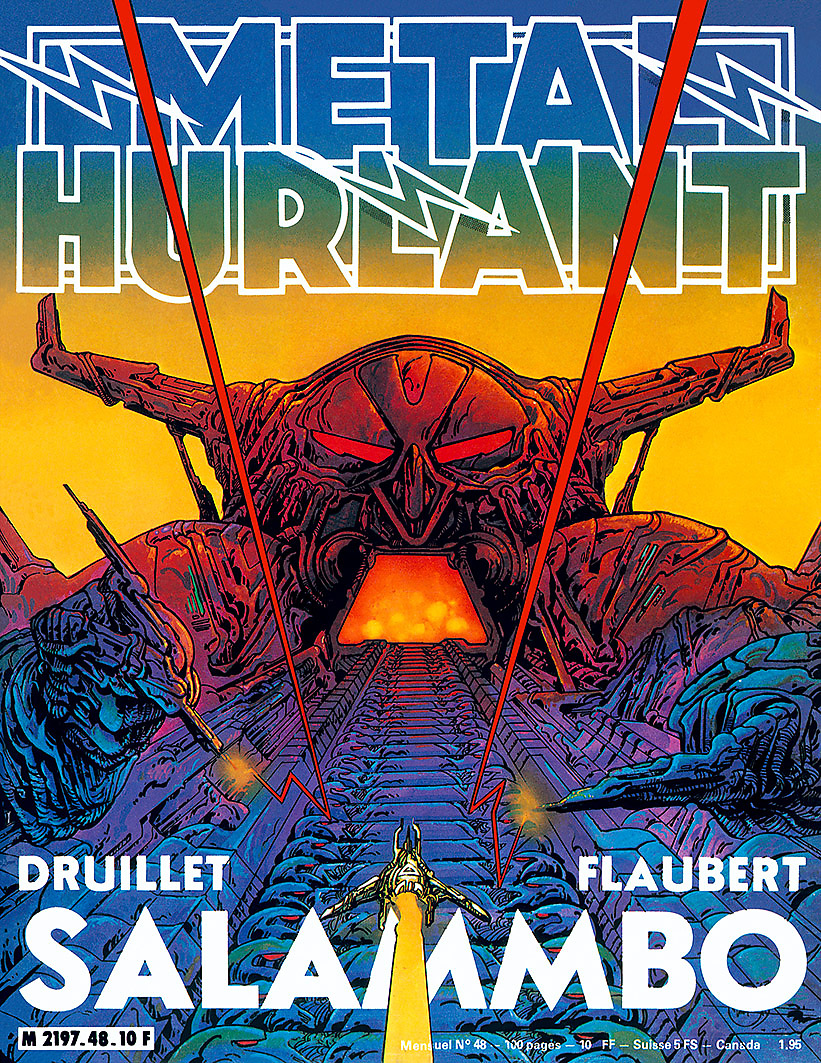 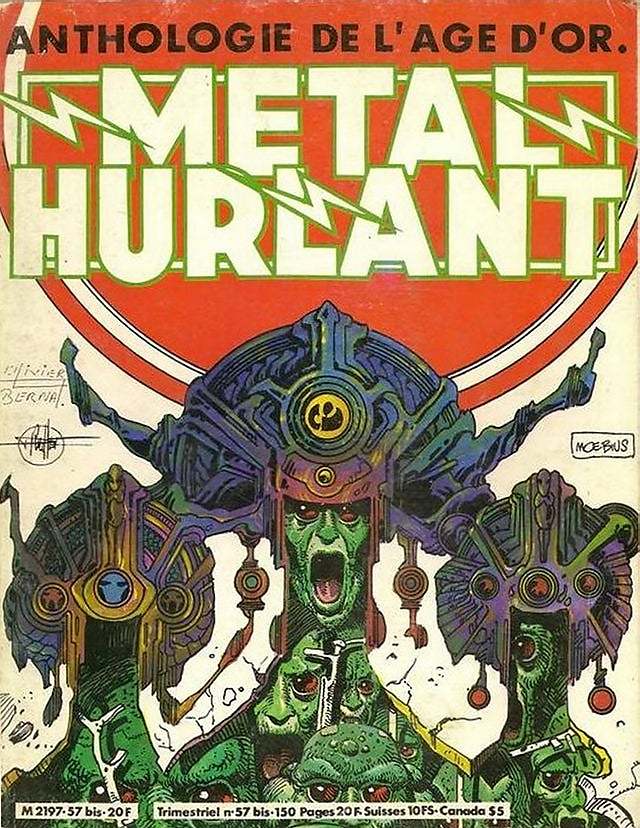