We're Sorry, But You Are *Not* Ready for Space Bastards 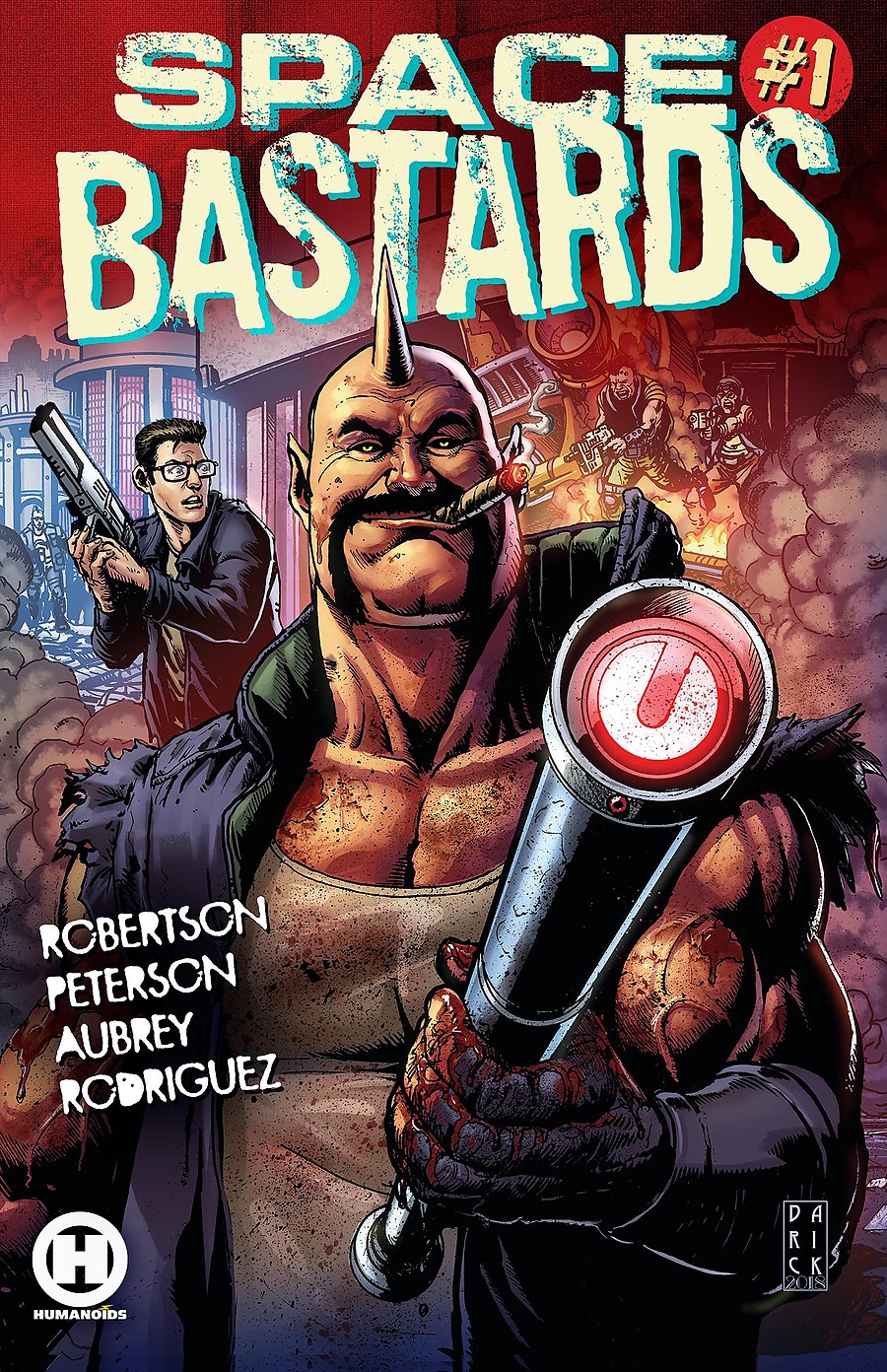 Since its founding in December of 1974, Humanoids has aimed for the stars. Humanoids first publication, the magazine Metal Hurlant, featured comics from founders Philippe Druillet and Mœbius about lost souls navigating a hostile cosmos filled with wonder and terror. But in our near-50 years of existence, Humanoids has lacked one thing in our galactic adventures: sociopathic mail carriers.

Fortunately, The Boys co-creator Darick Robertson has joined forces with writers Eric Peterson and Joe Aubrey to remedy that oversight. Space Bastards debuts on January 13, 2021, and it is a batshit crazy descent into a sci-fi black hole of belly laughs and violence.

Per IGN's Jesse Schedeen, who broke the news this morning:

This new series originally funded through Kickstarter and now published by Humanoids. Space Bastards is set in the far future, when mankind has spread out across the stars and mail delivery is a complicated and very deadly business. The Intergalactic Postal Service hands out delivery assignments like bounties, and it encourages its agents to finish the delivery by any means necessary. The series revolves around two such postal workers - the financially destitute former accountant David S. Proton and his new partner, the ruthless Manny "The Manicorn" Corns.

Check out the exclusive preview at the link above and steel yourself for the galactic mayhem arriving in a mere four months.