Humanoids Trick or Treat Week #3: Read The Zombies That Ate the World & Gregory and the Gargoyles For Free! 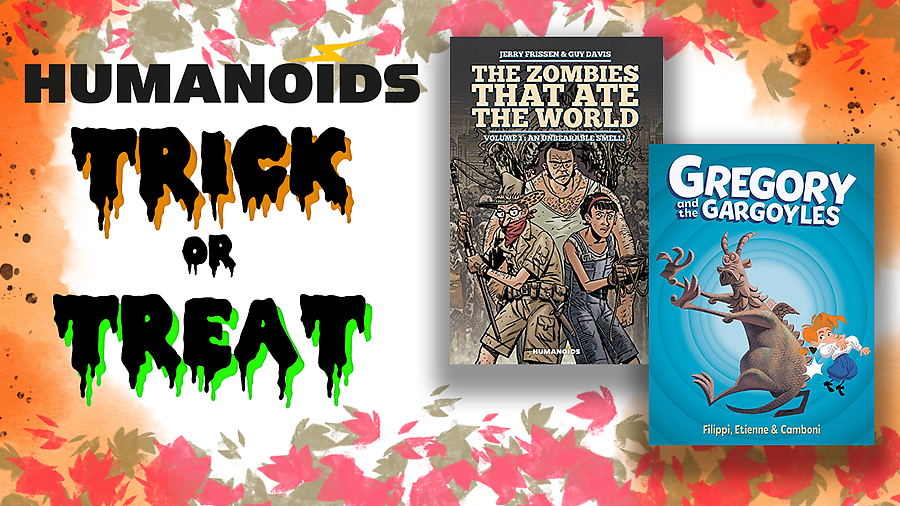 It's less than two weeks till Halloween and things are getting spooky in both our Los Angeles and Paris offices! In L.A., we've been forced to hire a ragtag group of zombie hunters after the shuffling undeadoverwhelmed the city. (2020 is going to outdo itself, we swear.) OK—maybe things aren't that bad outside of the summer weather, and we're just describing the hilarious, gruesome first book of The Zombies That Ate the World by writer Jerry Frissen (Metabarons: Second Cycle) and legendary artist Guy Davis (BPRD, Sandman Mystery Theatre).

But our team in Paris is definitely encountering some supernatural phenomena—a tear in the fabric of space-time has sucked everyone back to Medieval times, where magic is real and sentient statues roam free! Wait—that's just the plot of Gregory and the Gargoyles from Denis-Pierre Filippi, J. Etienne, and Silvio Camboni.

We must have gotten lost in these incredible books. Good news—so can you! Click on the links below to read for free. 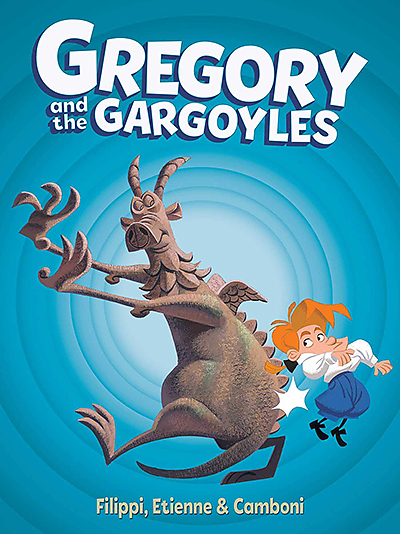 Gregory and the Gargoyles Book One (All Ages)

The fantasy adventure trilogy of a young boy’s travels through a long-forgotten world where magic still rules.

Young Gregory grows unhappy and restless when his father moves the entire family into an old family home in a new neighborhood. While awake in his bed, a glimmer from the floor attracts Gregory’s attention. He discovers a medallion on which there is a drawing of the great church that sits opposite his new residence. Bullied for being new, and ignored at home, Gregory decides to explore the church and the giant stone statue that rests atop of it. During his visit, the medallion begins to shine intensely and, with a flash, Gregory is hurled back to the 17th century, where gargoyles, sorcerers and magical beings live in harmony and magic.

Read Gregory and the Gargoyles 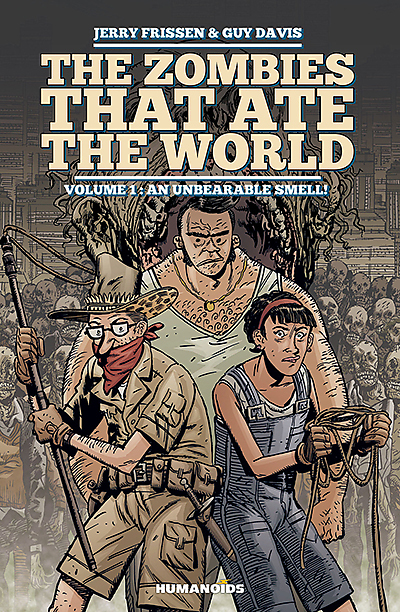 The Zombies That Ate the World Book One (Mature Readers)

A zombie spoof featuring a group of friends on their journey to start a little business of their own…zombie catchers!

Los Angeles, 2064. In a world where humans have to live along the living dead, a new job opportunity arises: zombie catcher. Karl Neard, his sister Maggie, and his Belgian friend Freddy Merckx, all embrace this "career" in the hope of making easy money. Unfortunately, the job is not that simple: not only are the "dead" still walking, but they also have a terrible stench and an awful sense of humor. As a matter of fact, zombies just don't care about anything as their lives are behind them and they now have an eternity to enjoy what is left of the world. Karl and his team will quickly find this fact out as they end up surrounded by all sorts of ghoulish freaks.

Read The Zombies That Ate the World Book One