The Locker Room: A Feverish Reflection on Bullying and the Adolescent Journey

Stopbullying.gov, the United States organization that provides information on harassment for youth, states that 20% of students ages 12-18 experience bullying nationwide—19% of that same demographic reported that bullying happened on school property. 46% reporting the harassment to an adult, with 12.1% of those students bullied stating that the violence occurred in a bathroom or locker room.

Appropriately, the new original graphic novel from Timothe Le Boucher, The Locker Room, chronicles the casual cruelty that thrives inside most middle schools and that specific location. The book follows a group of kids as the weeks tick by in a facility basement, their behavior veering from benignly boisterous to outright violent. Boucher channels the mundane neglect and aggression that so many real-world juveniles endure till it reachers a feverish breaking point, creating a thematic hybrid that can only be described as a cross between Degrassi High and The Lord of the Flies.

The Locker Room is out tomorrow, February 23rd, in all major comic stores and book stores. Check out the preview below. 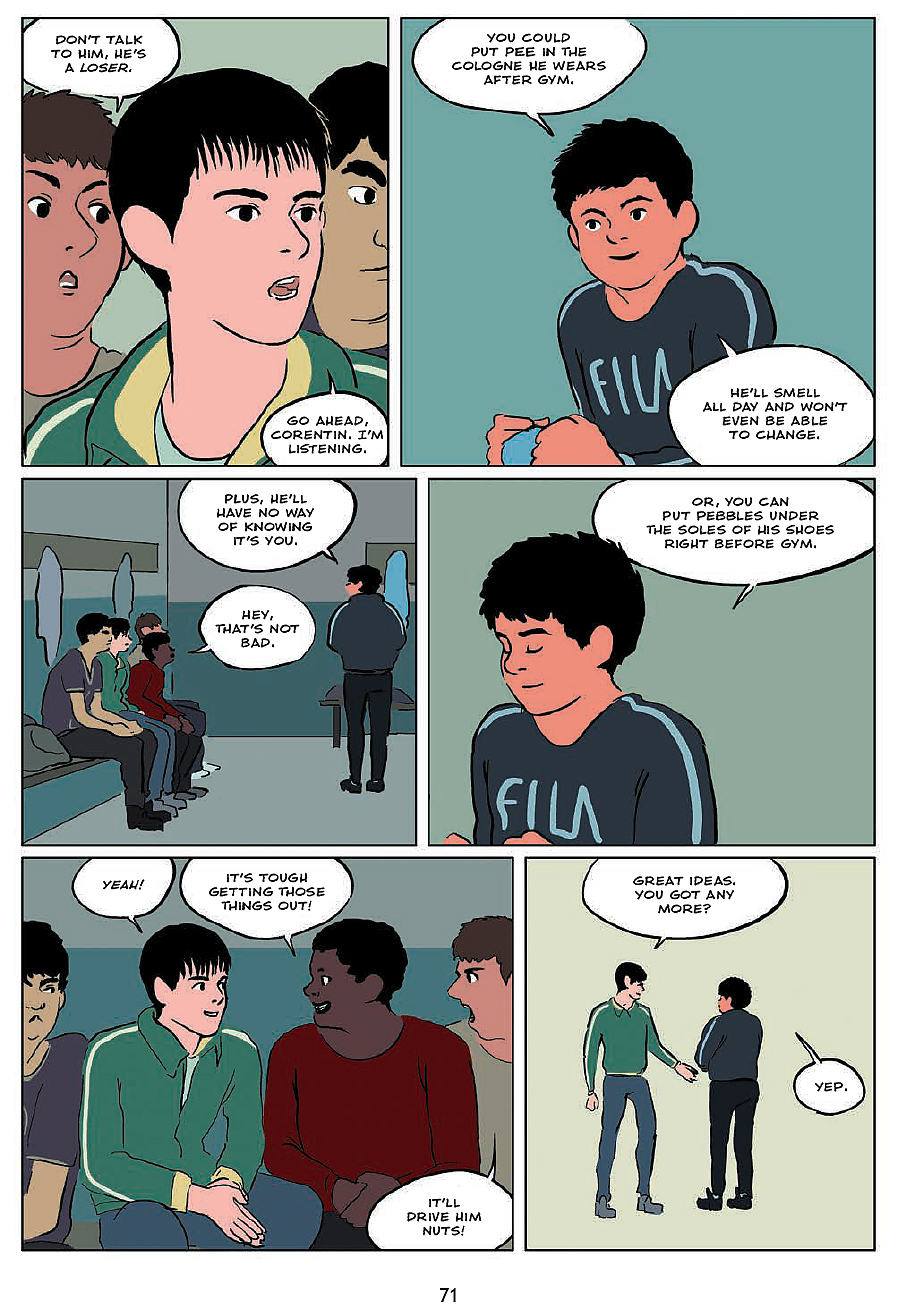 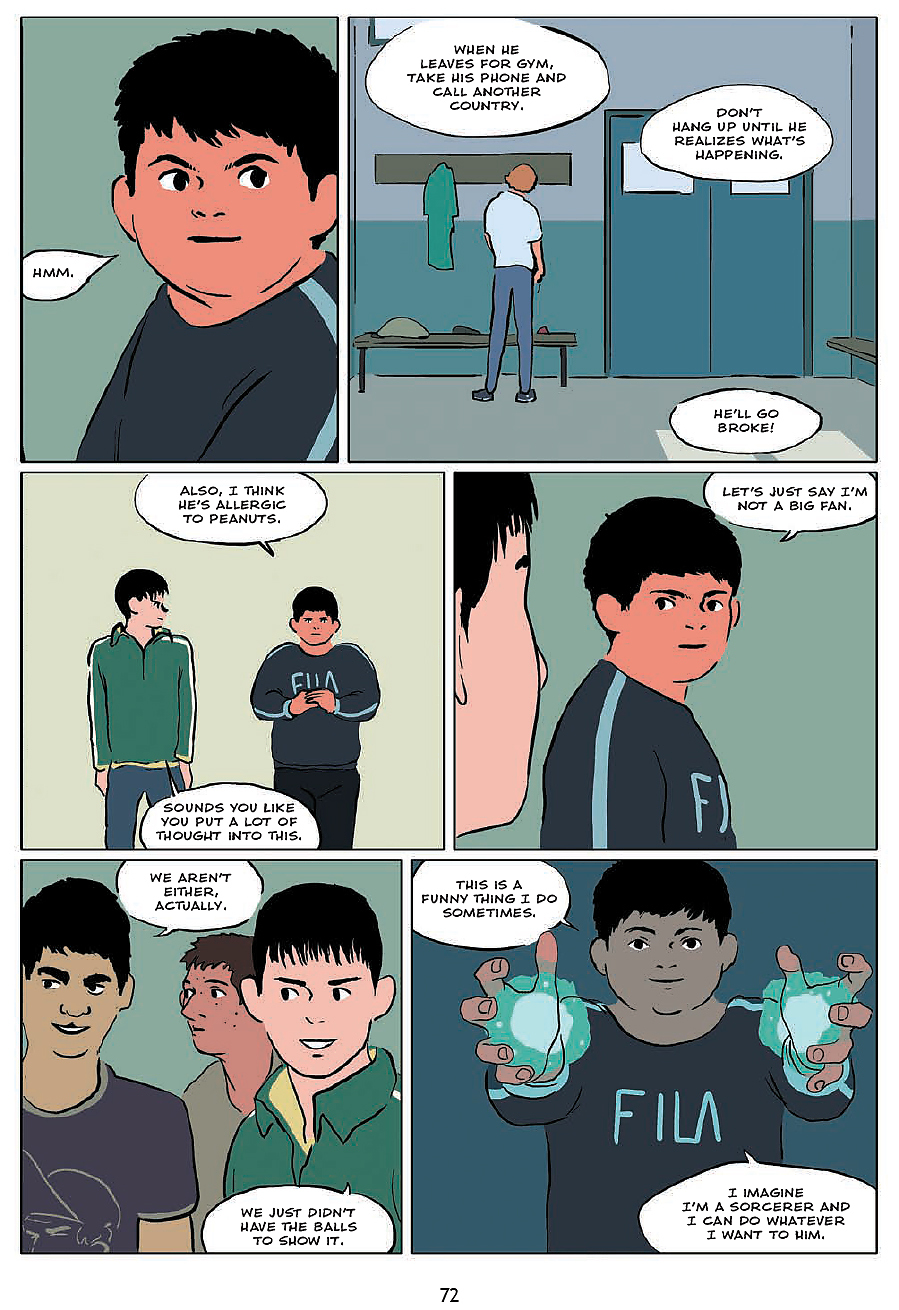 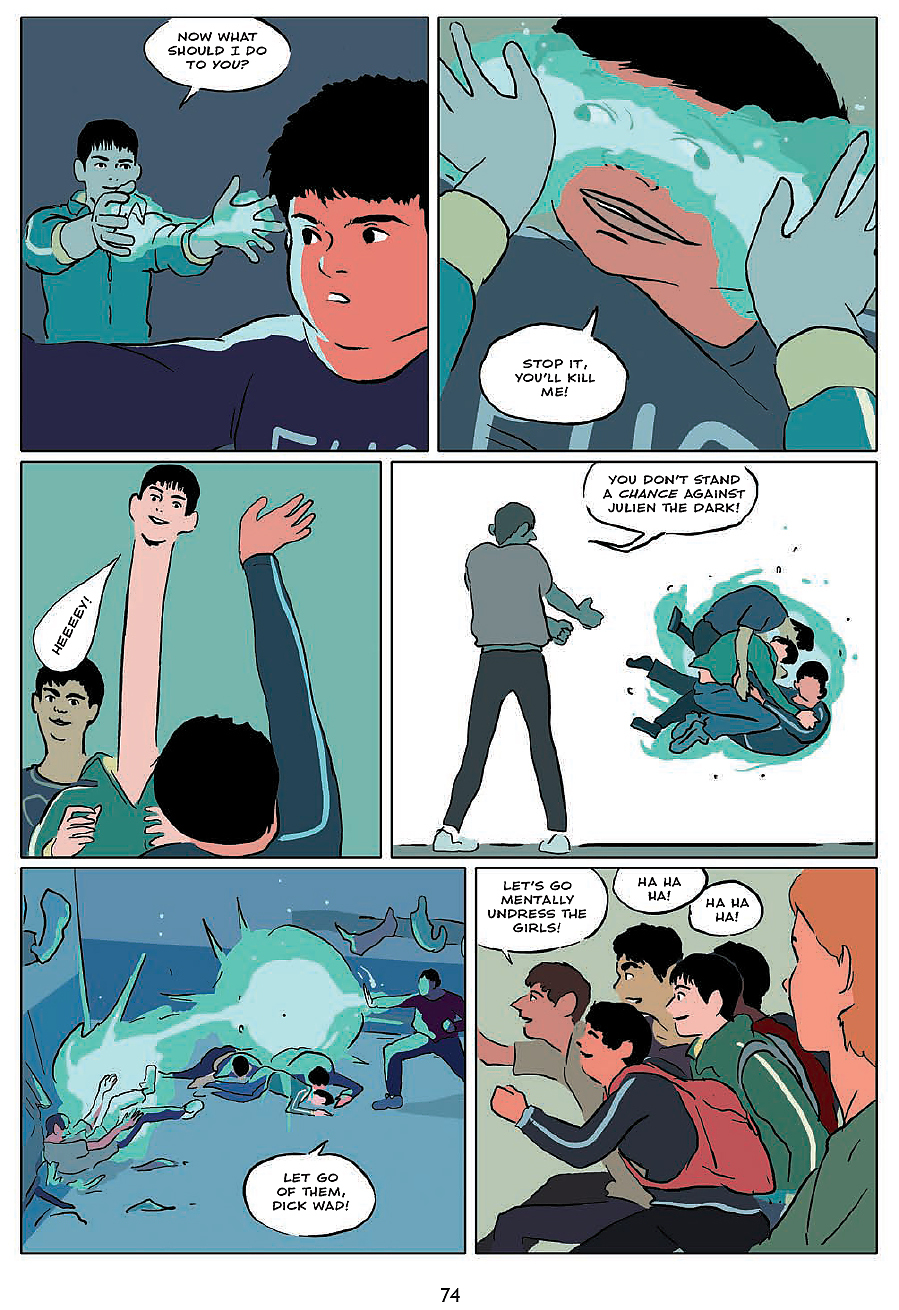