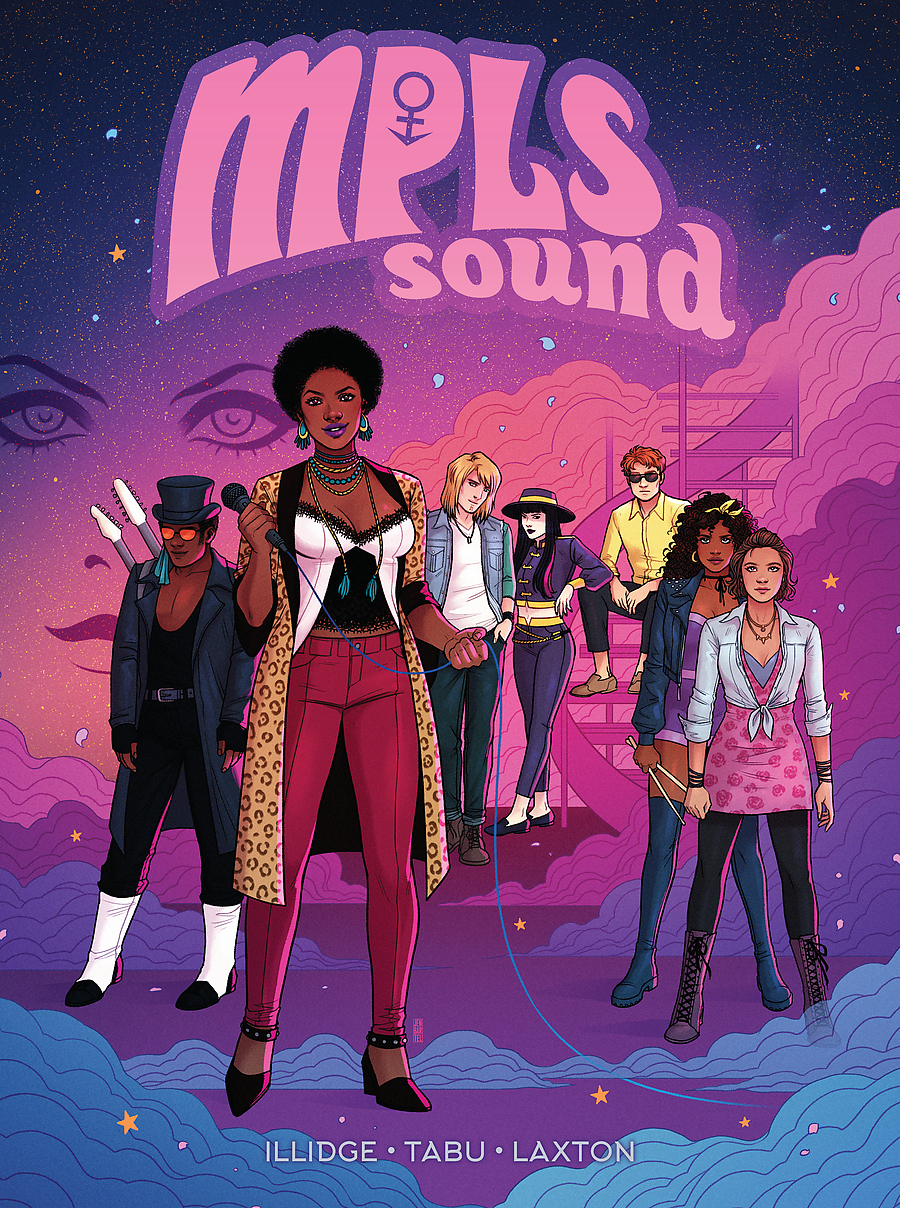 MPLS Sound is a graphic novel you can hear. Writers Hannibal Tabu and Joseph P. Illidge join artist Meredith Laxton, colorist Tan Shu and letterer Troy Peteri to follow the ascent of the fictional group Starchild—a chic funk band navigating the music industry ecosystem of Minneapolis during the early '80s. Prince Rogers Nelson had already lived up to his royal namesake, ruling over the scene with a velvet glove that could either elevate or restrict burgeoning groups.

Starchild founder Theresa Booker conquers the emerging obstacles of battle-of-the-bands, meetings with Machiavellian gatekeepers (including the purple one himself), and inter-band friction. To celebrate the graphic novel and add a new layer of immersion, Tabu curated the following list of songs to accompany the reading.

The spirit of the times, running away from the threat of the Cold War into hedonism and release. This would have been a sing-along jam that everybody would riff on and love. I’d like to imagine this is what Theresa always wanted to do as a duet with Prince, given the chance.

For a real look at the hard Midwest realities they all knew, this would be what plays in their minds, driving in the rain. The driving beat pushes them forward like life does, and everybody knew somebody who’d had it like this.

Parliament Funkadelic, "P-Funk (Wants to Get Funked Up)"

The band’s namesake, they would consider themselves inheritors of the legacies of this band and the next. A declaration against the likes of Hüsker Dü as much as a statement of identity, this would be their call to arms and opening theme.

The multiracial multi-genre musical take would be instructive to Starchild as they looked for examples to follow. They chose their own path, for ill or naught, and that’s how they would remember the choice.

Donna Summer, "I Love You"

A strong leading lady who was almost as dark as you could get on record in those days, despite the less “serious” disco vibe, Donna would have led Cynthia Johnson to believe a woman could frontline, and Theresa would have been taking note as well.

Prince, "Why You Wanna Treat Me So Bad?"

Prince’s own words would ring true after the rebuffing the band got for not accepting his “direction.” This deep cut wasn’t a single but would be known in town due to the deep penetration of his work in the area.