Critics are raving about LUGOSI: THE RISE AND FALL OF HOLLYWOOD’S DRACULA from Award-Winning Cartoonist Koren Shadmi

LUGOSI: THE RISE AND FALL OF HOLLYWOOD’S DRACULA is Shadmi's second collaboration with Humanoids, following The Twilight Man: Rod Serling and the Birth of Television. 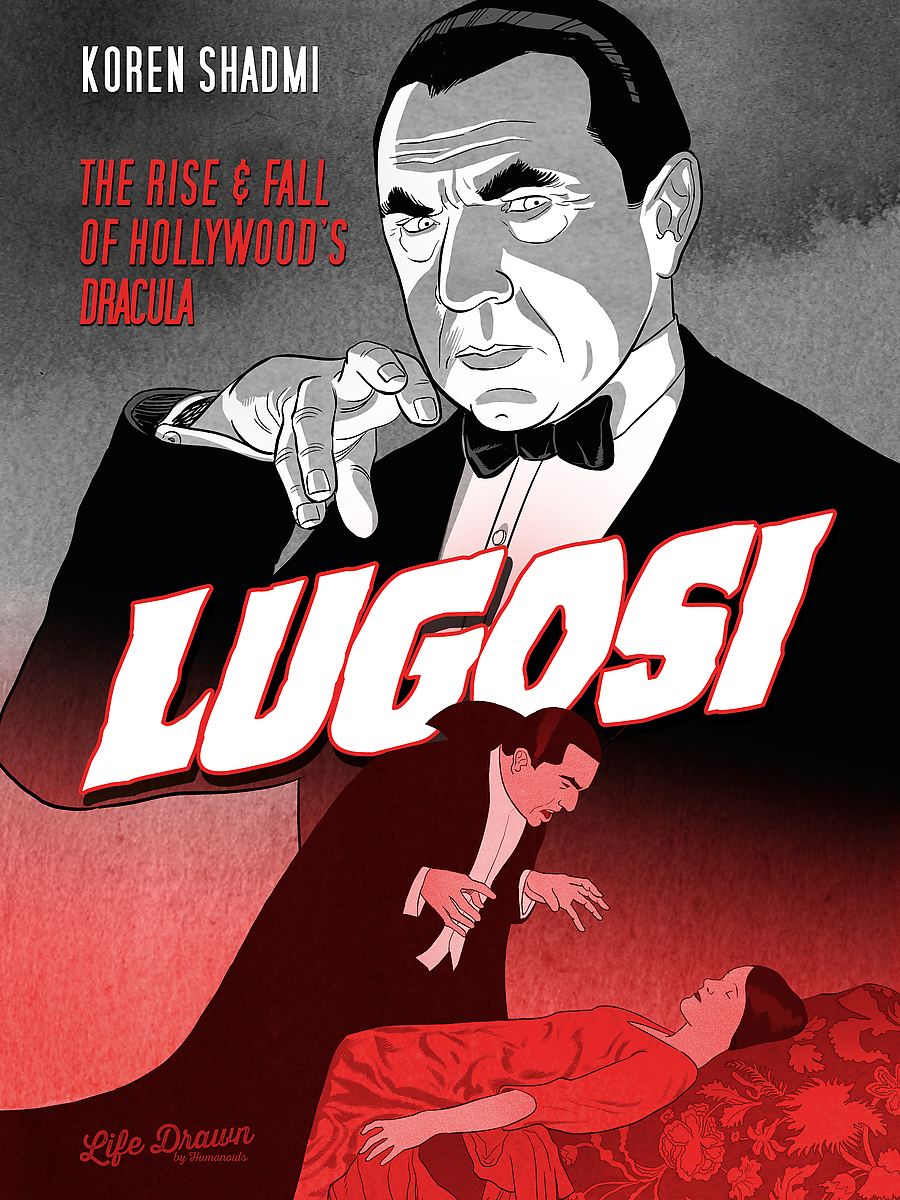 LUGOSI, the tragic life story of one of horror’s most iconic film stars, tells of a young Hungarian activist forced to flee his homeland after the failed Communist revolution in 1919. Reinventing himself in the U.S., first on stage and then in movies, he landed the unforgettable role of Count Dracula in what would become a series of classic feature films. From that point forward, Lugosi’s stardom would be assured… but with international fame came setbacks and addictions that gradually whittled his reputation from icon to has-been. LUGOSI details the actor’s fall from grace and an enduring legacy that continues to this day.

Here’s what critics are saying about LUGOSI:

“Lugosi is nothing short of a masterpiece. With riveting style and a storyline that drives full-tilt from the opening panels, Shadmi tells the tale of the man behind Dracula—his immigrant struggles, his wild love life, his dope fiend torments, his heinous treatment at the hands of studio moguls—with such vision and heart, you find yourself rooting for the monster from beginning to end.”―Jerry Stahl (Permanent Midnight, Hemingway & Gellhorn)

“Lugosi welcomes you to explore the life of one of film history’s most evocative, mysterious figures in a journey that’s both haunting and humanizing, something cut from the cloth of Adrian Tomine and the Coen Brothers alike. A moving bildungsroman…with bite!”
―Steve Orlando (Commanders in Crisis, Wonder Woman, Rainbow Bridge)

“Poignant and informative.” ―Joe Dante (The Howling, The Twilight Zone: The Movie,
Gremlins)