SPACE BASTARDS, ME, AND YOU!

Look, they were nice guys and all, but I had no idea who they were. Joe Aubrey and Eric Peterson, they said. I was polite, as I generally am. They were writers who’d had some success selling their own comic at conventions and online, and would Humanoids like to take a look? This is a road I’m led down quite often, and it almost always ends in tears.

But then a third name came into the conversation: Darick Robertson, an artist I’ve known--and sometimes worked with--for nearly thirty years. I raised an eyebrow. In a good way. Darick’s really, really talented. Darick co-created TRANSMETROPOLITAN, HAPPY!, and THE BOYS, and he barely showed any scars, he’s that tough. 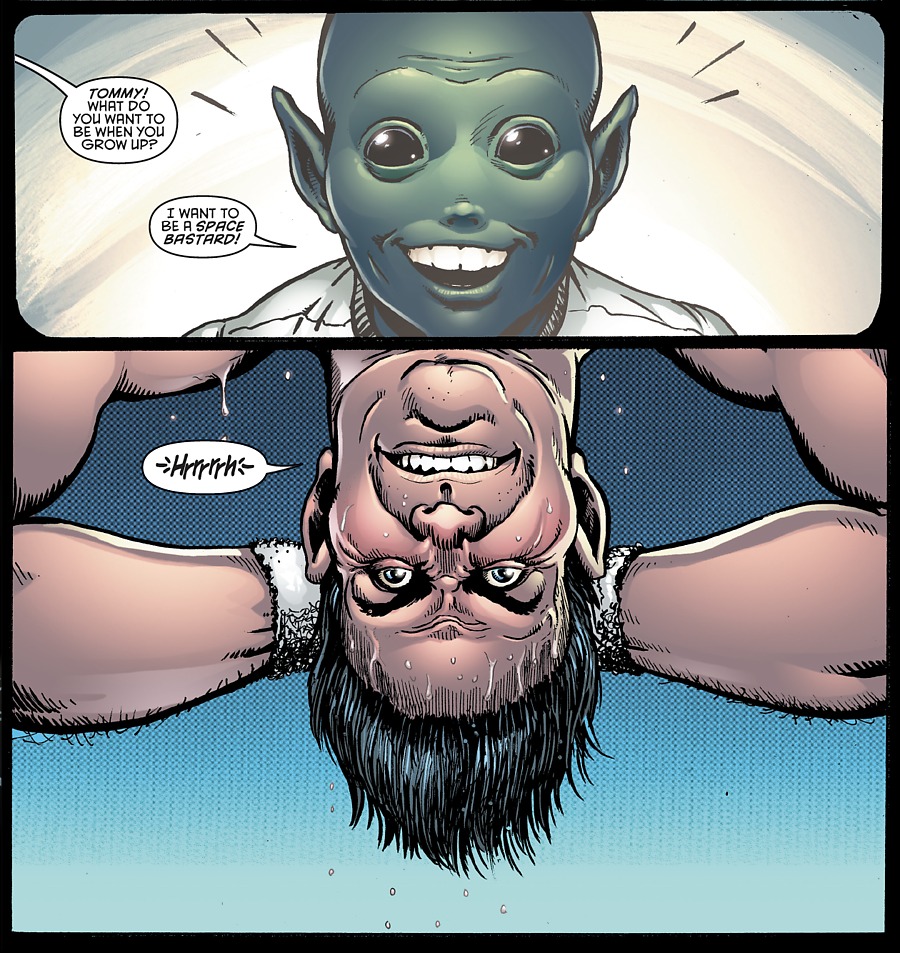 Joe and Eric had co-created and written a satirical, rowdy science-fiction book and had snagged Darick to do the artwork. Darick has taste. (He has, after all, worked with me.) I was intrigued. “What’s it about?”, I asked.

So I gave their first issue a look. And it was great. It was funny. It was raw and raucous. It was a little bit LOBO, a little bit Han Solo, and a lot of big brutes getting punched in inappropriate places. The premise was that, if you have enough dough, freelancers working for the Intergalactic Postal Service will transport your packages from planet to planet. The catch is, only the messenger who actually, physically gets that package to the finish line collects the astronomical fee...making the whole operation like a comically violent version of Capture the Flag. Once you have that package under your arm, your rivals put a target on your back. It’s a premise I’m jealous I didn’t think of myself.

And the characters are so over-the-top, they’re hysterical, they’re all unique and weird in their own way, and they’re a joy to follow. We couldn’t climb aboard this train fast enough, and since then, we’ve published SPACE BASTARDS as a monthly comic (and a one-shot special). If you missed them when they came out, fear not: they’ve been collected into SPACE BASTARDS VOLUME ONE and VOLUME TWO, and they come highly recommended. It’s not George Bernard Shaw; it’s crude, it’s edgy, it takes no prisoners, and it’s laugh-out-loud funny. Grab Volume One, grab Volume Two. You won’t be sorry.