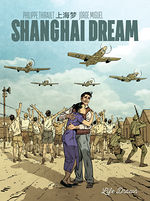 A young German Jewish filmmaker escapes the Nazi threat in Shanghai, where he is forced to adapt to a new land and cope with loss through the magic of filmmaking.

Berlin, 1930. Aspiring filmmakers Bernhard and Illo are madly in love, united by their passion for cinema...and now, on the eve of the Second World War, it could be the only thing they have left. As the streets heat up with the flames of violent antisemitism, the couple has no choice but to abandon their home and go into exile. With nothing but a screenplay and each other, they manage to board a ship headed for Shanghai—a bubbling and enigmatic city that holds the promise of freedom...but at what cost?

A powerful humanistic take on World War II from the largely undocumented perspective of the forced Jewish immigration to China. 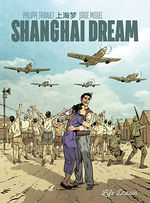