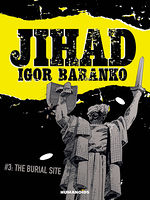 A genre blending ensemble novel set in a world of political science fiction, where the rulers of the future are haunted by the ghosts of the past.

In the year 1206, Genghis Khan and his Golden Horde dominated an immense territory from the Pacific Ocean to the Caspian Sea with only 150,000 men. In the year 2040, the latest Russian dictator has a unique vision: to invoke the spirit of Genghis Khan and his Golden Horde to create, this time, an empire reaching from the Pacific Ocean to the Atlantic. To do this, his secret service must find the corpse of the latest reincarnation of the infamous conqueror. Their path will cross with that of the last Chechen, the survivor of a nuclear holocaust on his own mystical quest.
Written and illustrated in amazing graphic maturity by Ukrainian creator Igor Baranko. 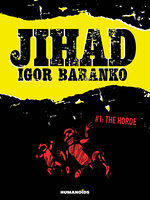 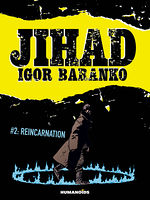