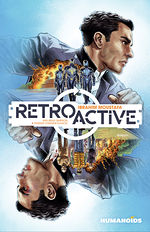 An agent working for the U.S. Bureau of Temporal Affairs sets out to discover the source of several anomalies in the timeline—only to become imprisoned in an inescapable time loop.

Temporal agent Tarik Abdelnasser is trapped in a time loop, living and dying over and over again.

The discovery of time travel is unknown to the general public, but a new Cold War rages between global intelligence agencies as they attempt to alter historical events in favor of their respective futures. When new intel points the U.S. Bureau of Temporal Affairs (BTA) toward a hostile anomaly in the past, veteran field agent Tarik Abdelnasser and his new partner, Lucia Olmos, are dispatched to investigate. They discover a radical adversary wielding a new technology that could unravel everything the BTA fights to maintain. 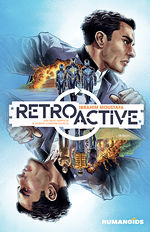