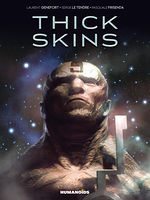 A breathtaking manhunt in the form of an elegant space opera, based on the novel by Laurent Genefort.

Thick-skins are humans genetically modified to work in space without a suit. Lark is a former thick-skinned man who became a mercenary after having his skin removed. When he receives an encrypted message from his former clan, he sets out to find them with the help of Windy, an anthropology student. But he soon learns that they are not the only ones on the clan's scent—they are being tailed by another group of mercenaries. A breathless chase ensues, forcing Lark to reconnect with his dark past. 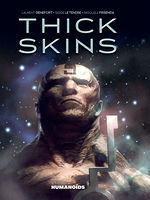