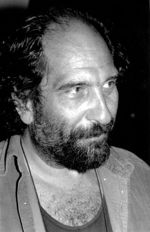 Georges Bess is a French artist, best known for his collaboration with Alexandro Jodorowsky. He moved to Sweden in the early 1970s and it is there that he did his first artistic jobs under his own name or under the pseudonyms Tideli and Nisseman. He cooperated with the Swedish "Mad" magazine, and from 1977 to 1987, drew stories with "The Phantom." In the early 1980s, Bess accidentally traveled to Tibet and became very impressed with the country. It was shortly thereafter that he met and began collaborating with Jodorowsky, in what would become a long and successful collaborative partnership.