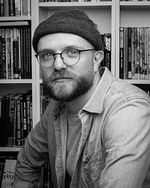 Michael Walsh is an Eisner Award-winning Canadian comic book creator based out of Hamilton, Ontario.

In 2013, Michael co-created the Image Comics series Comeback (soon to be a major motion picture). After this, Michael launched a follow-up to the hit television series The X-Files for IDW. Since then he has worked primarily with Marvel Comics on properties such as Star Wars, Spider-Man, the Avengers, and the X-Men, as well as adapting the Star Wars film The Last Jedi. He was the artist and colorist of the hit Dark Horse & DC Comics crossover Black Hammer/Justice League in 2019, and The Silver Coin at Image with an all-star lineup of collaborators in 2021.