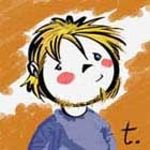 Born March of 1979 in Pontevedra, in the northwestern region of Spain.

An early art enthusiast an avid comic book fan, Tirso dedicated himself to the craft of drawing and won a comic book talent contest in 1993,at the young age of fourteen. In the early 2000s, he studied and eventually came to work in the fields of advertising and public relations. He became the artistic director of the successful Spanish advertising agency Contrepoint, where he collaborated on projects for Jeep, Mercedes-Benz, and Chrysler, among many others.

A few years later, Tirso decided to venture back into the world of graphic novels where he ascended rapidly, working alongside authors such as Wander Antunes, and winning a prestigious best book award at the festival de Moulins along the way. In 2007, he took over for Ruiz Velasco, and drew the fourth installment of the popular sci-fi series “Marshall," written by Dennis Pierre Filippi. His comic book masterpiece to date is the trilogy “Whispers in the Walls," written by fellow Spaniard David Munoz.