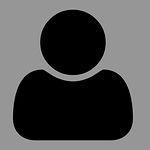 Alexandre Nesme, known by his pen name Nesmo, is a German artist who was born in 1978. In 2003 he illustrated a short story for Metal Hurlant, written by Roger Seiter and Jack Bygrave. He met writer Jean-David Morvan on an internet forum in 2005, which led to a collaboration on the horror-steampunk project Bramble for Humanoids, for which he won a prize for his at the comic festival of Serignan. In 2011, he collaborated again with Morvan on the title Univerne.