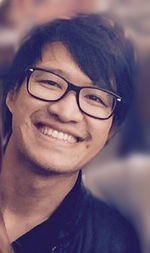 A self-taught artist, his passion for drawing has followed Frédéric Pham Chuong since childhood, between mecha, martial arts and superheroes. He works in toy design, animation, and most prominently, comics.

In 2007, he drew for the fanzine "Bubble Pen", then worked on "Golden Stars" with ÆLEMENTCOMICS. In 2011, he created his own comic "Stream West" for WEBELLIPSES digital comics. In 2012, KOTOJI Editions recovered the rights for the print version of "Steam West". And in 2016, he signed with Dynamite on his latest series "Intertwined", co-written with Fabrice Sapolsky.