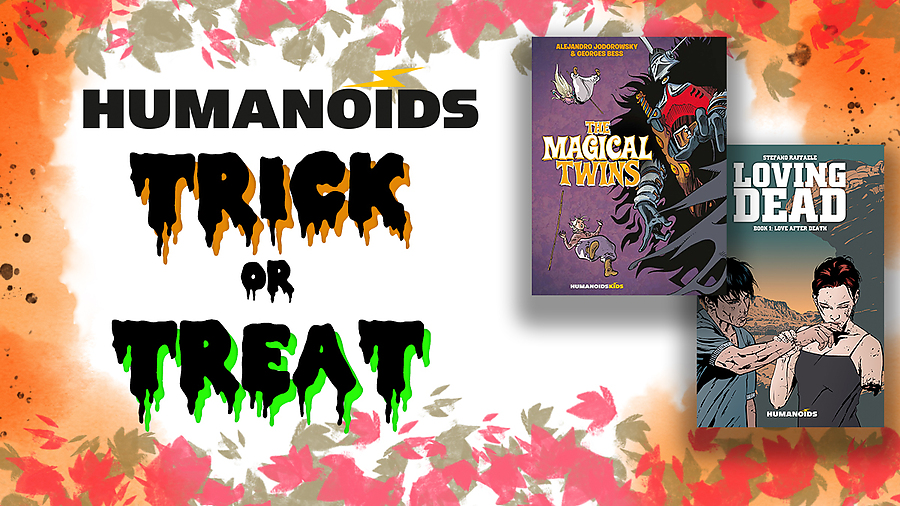 As we round out the Halloween season, we're going to end on a note of optimism that will hopefully last the remainder of 2020. First up—Alejandro Jodorowsky, the godfather of psychedelic descents into cosmic humanity, takes his first foray into kids comics with frequent collaborator Georges Bess (The White Lama, Son of the Gun, Anibal 5). The Magical Twins brims with mysticism and action as siblings Prince Aram and Princess Mara embark on an adventure to rescue their father the king from Tartarath, "The Dark Master."

For older audiences, Loving Dead by Stefano Raffaele takes the post-apocalyptic zombie genre and shifts the focus from brains to hearts. Alan may have shuffled off his mortal coil and joined the ranks of deceased, shuffling ghouls, but he regains his will to live after meeting Lynn—another zombie who finds solace in Alan's decomposing arms. The pair journeys through a ravaged wasteland in search of a cure that might restore their humanity in this genre-bending tale of terror and romance. 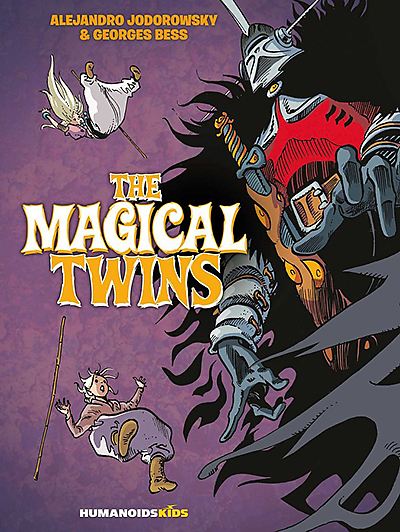 THE MAGICAL TWINS BY ALEJANDRO JODOROWSKY & GEORGES BESS (ALL AGES)

The first YA book ever written by Jodorowsky!! A magical quest that explores the senses and sensibility of teamwork, duty and honor, by best-selling creators, Jodorowsky & Bess.

When the King is taken prisoner by Tartarath, the “Dark Master,” twins Prince Aram and Princess Mara, set out to rescue their father and save the kingdom. But when the use of magic is forbidden, the twins will have to find new ways to prove themselves worthy of restoring the throne. 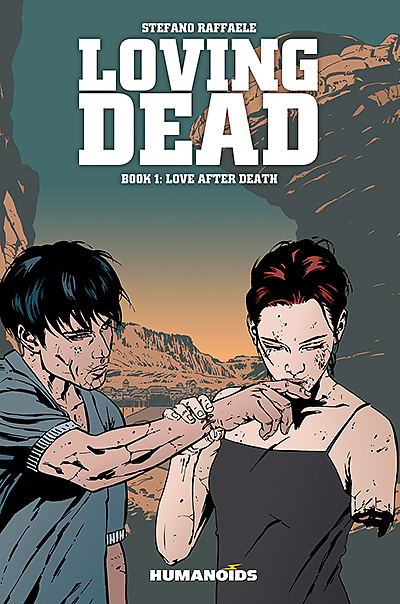 A thrilling post-apocalyptic zombie love story where the hands of time are just as deadly as the undead menace.

Alan was a simple carpenter until a freak accident ended his life. Now he is among the undead, in a world where 95% of the population are sentient zombies. While on the run from the many - both live and dead - violent factions dotting this post-apocalyptic landscape, Alan finds the girl of his dreams - the decaying, yet beautiful, Lynn. As their bodies rapidly disintegrate, Alan and Lynn make one last, desperate effort to live and love again by hunting down an experimental serum that might just save them.