First Degree: A Crime Anthology is Out Now! 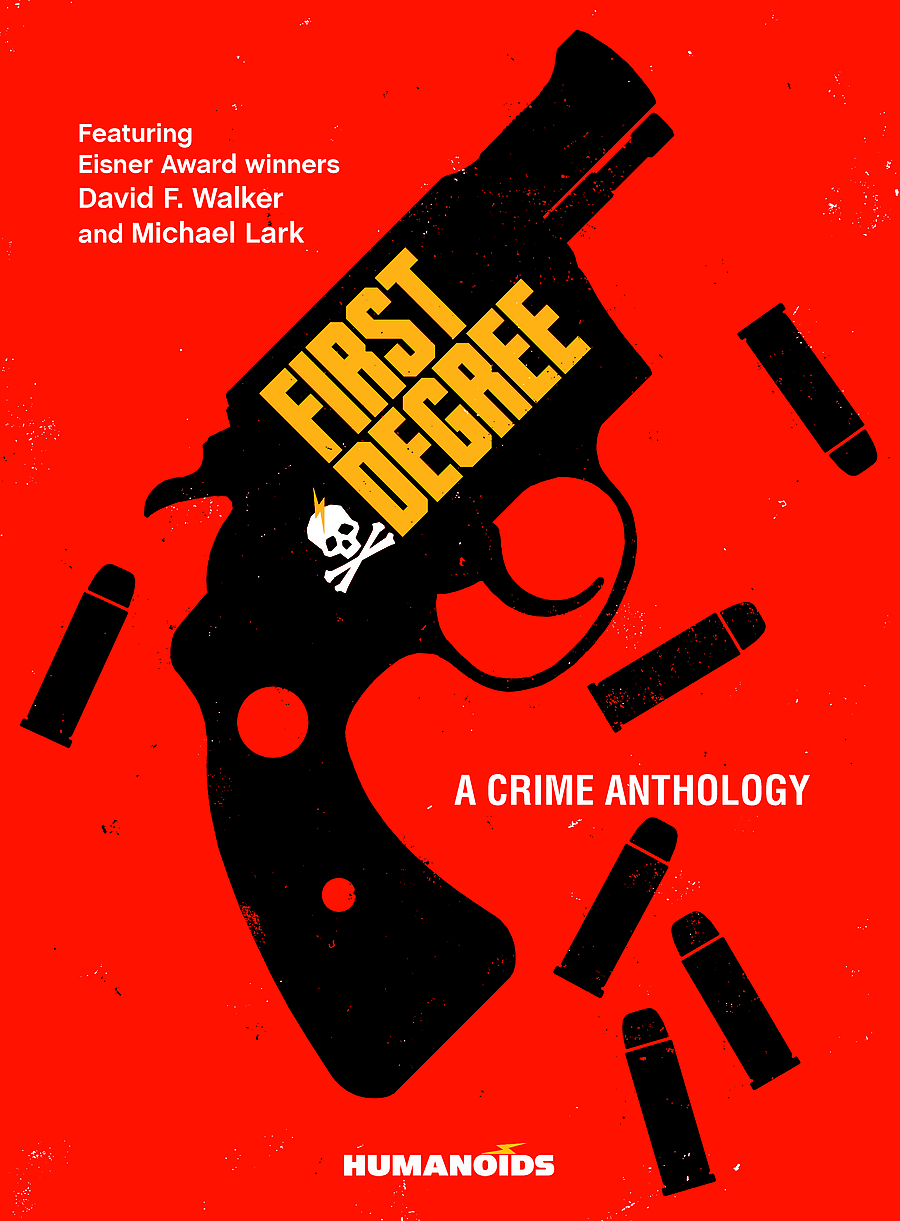 We at Humanoids have assembled a thrilling roster of international creators, including David F. Walker (Bitter Root) and David Aja (Hawkeye, The Seeds), for an anthology that puts the spotlight on crime noir. First Degree: A Crime Anthology features dozens of short crime noir stories from a variety of talent from around the globe, as well as art by Michael Lark (Gotham Central, Lazarus) and cover art from Aja.

A woman lures her husband and his secret lover to an abandoned house. Something sinister is happening inside the convent. A chef commits the perfect murder. In this anthology, a collective of almost thirty authors from all over the globe propose a collection of short crime noir stories that celebrates the genre as well as boldly leading it into the future.

Over the past 25 years, the POLAR Festival of Cognac, France has established itself as one of the most esteemed crime fiction conventions in the world. First Degree: A Crime Anthology is a commemorative celebration of the festival's silver anniversary, containing over a dozen tales by the writers and artists it has recognized, along with a selection of Humanoids' best crime fiction, cover art by David Aja, and an all-new story by Eisner Award-winners David F. Walker and Michael Lark.

“We love discovering new works,” said Bernard Bec, organizer of the POLAR Festival. “Our greatest reward is when award-winning artwork starts in Cognac because closed doors have been opened. This is why the opportunity presented to us in 2018 by Humanoids and its editor Bruno Lecigne—to create an anniversary comics anthology—felt like a continuation of our work and a way to preserve the fruits of our efforts. They deserve infinite thanks, as do the creators whose works appear herein, alongside new and classic stories added to this American edition.”

First Degree: A Crime Anthology is out now.