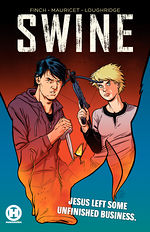 After doing time for the murder of his beloved wife, Ellis teams up with his sister-in-law to hunt down the demonic beings that were truly responsible for his wife's death: PIGS! 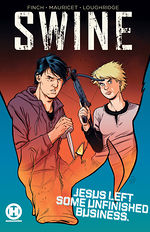