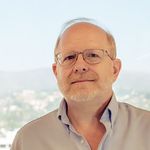 Mark Waid is a New York Times-bestselling author whose work has appeared in countless languages across the globe. Over the course of his almost four decades in the comic book industry, Mark has developed characters and stories for Batman, Superman, Spider-Man, The Avengers, X-Men, Iron Man, Wonder Woman, Daredevil and almost every other franchise currently enjoying success across all media platforms. Kingdom Come, which he created for DC Comics, has become one of the highest-selling graphic novels in history. Many of the storylines and characters he wrote and created in his eight-year run on The Flash comic books can be seen every week on the current hit television show. He has written and edited over 2,000 comic titles and has received every major award in the industry.