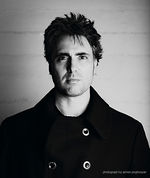 Dan Panosian was born in Cleveland, Ohio to artistic parents and started school in Central Florida. His father, a former professional boxer turned art director and his mother, a former runner-up Miss Arizona turned art teacher never pushed him to pursue an art career but with two artistic parents it was hard not to. At age 14, Dan sent an art submission to Marvel Comics. Surprisingly, they responded with plenty of encouragement. An envelope filled with the company’s pay scale, benefits program and other criteria turned a boy’s fantasy job into a distinct possibility for the near future. After graduating high school with a few small comic book credits to his name he had an opportunity to showcase his work at the New York Comic Convention where he met comic book art legends Neal Adams and Walter Simonson. Neal Adams offered him a position at his ad agency Continuity Graphics and Walt Simonson called his editor at Marvel Comics and immediately he was working for both companies. Upon entering the Marvel offices for the first time he was greeted by the same Submissions Editor (now a series editor) that corresponded with him as a child. In his office was a “thank you” illustration hanging on his wall from the 14-year-old Dan Panosian.

After working on back up features for Captain America, Batman, Spiderman and Thor Dan’s work caught the eye of the artistic teams working on the X-Men line of comic books. When Marvel’s top artistic talents left to form Image Comics, Rob Liefeld asked Dan to join them and illustrate Prophet. The move to California introduced new emerging artistic opportunities such as storyboarding and video game design to his growing resume. Dan became the lead designer on a new video game from Dreamworks Interactive about the animals that embody the spirit of Kung-Fu. The original game caught the attention of Steven Spielberg and became the springboard for the blockbuster movie, Kung-Fu Panda. Shortly after, Dan was doing the lead design work for the best selling video game, Duke Nukem.

Dan Panosian, Inc was formed and he received an Addy Award for the DSL ad campaign, Jack Flash, and quickly started working with movie and commercial studios providing design and storyboard work. Between book and magazine illustration, apparel lines and toy design Dan began to miss working in the comic book industry.

Now married with a son and still living in Los Angeles, Dan manages to balance commercial art projects with a steady stream of comic book work for Marvel, DC and Image Comics. He also co-founded the Original Drink and Draw Social Club which boasts charter groups and publications world wide. After finishing a series of graphic novels for Le Lombard called John Tiffany, Dan has began writing and drawing his own series, SLOTS that debuted in 2017 from Image Comics.