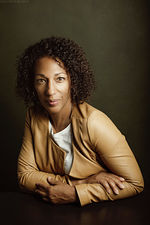 A playwright, film and TV Writer/Director, Melody is currently in the HBO Access writing program, for which she is developing a TV pilot. She is winner of the 2018 Grand Jury Prize for Best Screenplay at Urbanworld Film Festival for her feature drama Northern Cross. A recipient of fellowships from AMC Networks Shudder Labs, NY Stage & Film, and the Writer’s Lab, Melody won the Tangerine Entertainment Fellowship at Stowe Story Labs in 2017. Her supernatural thriller The Sound of Darkness was a 2018 Athena List Finalist.  Her short documentary, Detained, was Winner of a 2018 IndieFest Award of Recognition and an Award of Excellence from Docs Without Borders. A 2018 Sundance and Showtime Episodic Lab Semi-Finalist with her supernatural TV pilot Sundown, Melody is currently developing a sci fi project with producers Jane Fleming and Mark Ordesky (Lord of the Rings films).

The daughter of science and english teachers, and the sister of a Marvel comics writer, Melody was weaned on sci fi, horror and comic books. She is also a playwright whose work features diverse characters and strong female protagonists. Her first stage play, Day of Reckoning, about the 19th century Black activist Lucy Parsons, won the Jane Chambers Award, was produced in NYC and Miami, and is being considered for a film adaptation by director Boots Riley (Sorry to Bother You). Sweet Mercy, her play about the genocides in Rwanda and Darfur, was developed by NY Stage & Film, starring Danai Gurira (The Walking Dead and Black Panther). Melody received a Ford Foundation grant to travel to Rwanda to research the play.

Melody was recently selected for a summer 2019 writer’s residency at Yaddo in Saratoga Springs as well as a month-long writer's residency in Italy at Bogliasco, which she will attend in January 2020. Melody is repped by CAA, lives in NY and travels monthly to LA.