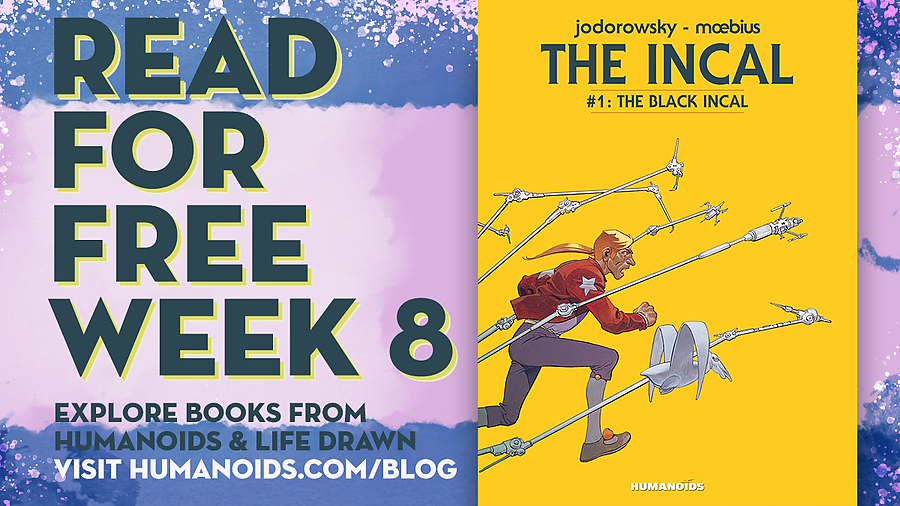 This week, we celebrate the birth of the visual mystic who conjured new worlds that refused to hold any readers' hand. Mœbius, nèe Jean Giraud, was born on May 8th, 1938, and we can safely say that no subsequent voice has come close to capturing the depth and wonder of his career. To celebrate this icon, we would like to share his greatest gift—the first book of The Incal, his masterwork with writer Alejandro Jodorowsky. Modern comic royalty including Brian Michael Bendis, Mark Millar, and Frank Quitely herald the sci-fi noir as one of the pinnacles of all sequential art. They're not wrong. The story follows a third-rate private investigator and his concrete seagull, Deepo, as they trip on a sacred, reality-warping artifact. Originally published throughout Metal Hurlant from 1980-1988, the work is a jet stream of ideas, places, and characters that delight and challenge. No synopsis will do this hypnogogic treatise justice. It needs to be experienced.

And in honor of its architect, we're offering The Incal Book #1: The Black Incal to read for free until 5/15. If you'd like to discover more about Mœbius, read Humanoids Senior Art Director Jerry Frissen's analysis of the artist's covers for Metal Hurlant, or a history of Mœbius' filmic contributions.

The Sci-Fi masterpiece by Moebius and Jodorowsky about the tribulations of the shabby detective John Difool as he searches for the precious and coveted Incal.

John DiFool, a low-class detective in a degenerate dystopian world, finds his life turned upside down when he discovers an ancient, mystical artifact called "The Incal." DiFool’s adventures will bring him into conflict with the galaxy’s greatest warrior, the Metabaron, and will pit him against the awesome powers of the Technopope. These encounters and many more make up a tale of comic and cosmic proportions that has DiFool fighting for not only his very survival, but also the survival of the entire universe.

Read The Incal Book #1: The Black Incal for Free